Today we left Edinburgh, Scotland to head to Keswick, England, in the Lake District, to spend the day at Honister Slate Mines. Honister is the only working slate mine left in the United Kingdom and has provided slate to Buckingham Palace and other notable places in England. While at the slate mines we planned on taking a tour of the slate mine and participating in the Via Ferrata. The Via Ferrata is Italian for “iron road” and is a mountain route, which is equipped with, fixed cables, ladders, and bridges. 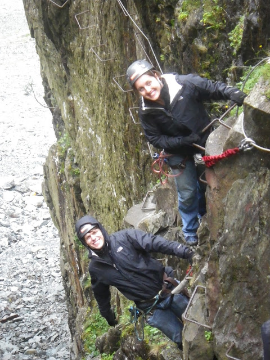 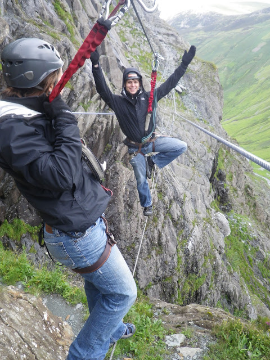 Yoga on a wire. 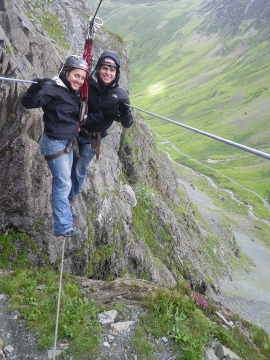 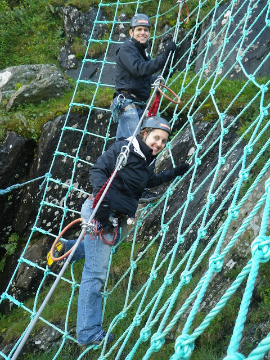 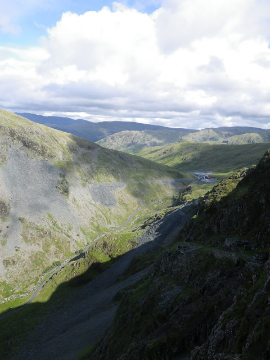 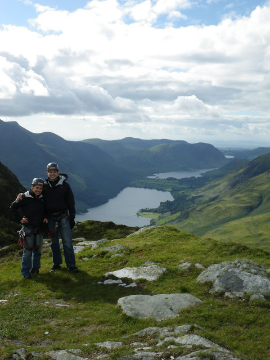 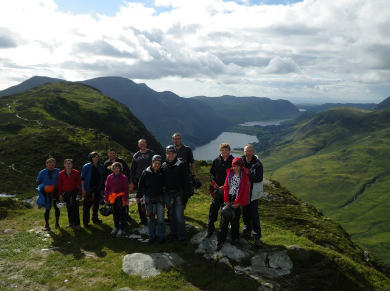 The Via Ferrata crew