Today we left our Victorian Venetian Hotel and we walked to the port where our cruise ship was waiting for us. It took us about an hour to walk over to the port, and it was quite the journey since we had all of our heavy backpacks! 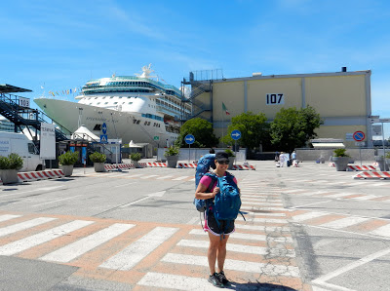 Amanda standing in front of the ship.

Once we got over to the port we dropped off our bags at the bag drop, then it was off to the check-in line. Since we got to the boat about 5 hours before the boat was to debark, the lines were not very long, which was a nice surprise. Then it was off to the security line. This did not go as smoothly as planned. Right before we went through the x-ray machine, Amanda asked me if I had my knife on me. I thought it was in my other bag, but the x-ray machine decided it was in my bag. I had to then proceed going though my entire bag and hand over the knife. They said once the cruise was over we could get it back, which was a nice surprise. 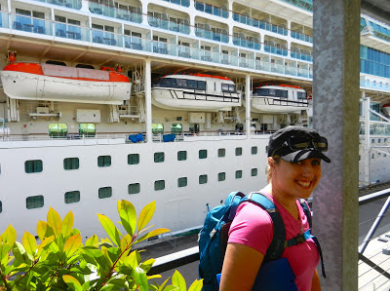 Getting ready to board the ship.

Once we got on the boat, we found a restaurant that was serving lunch and then after lunch we walked around the boat. We found the mini golf course, which of course we had to play. We ended up playing 27 holes! After 27 holes we were tied, so we went to the tiebreaker hole, which Amanda proceeded to win by a stroke. We then went to play shuffleboard; we played two games, which we each won one game. 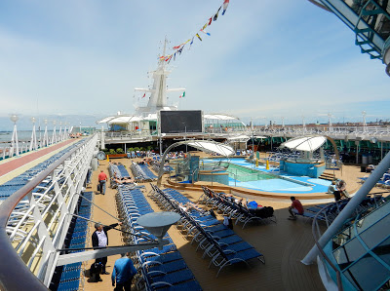 Looking over the pool deck. 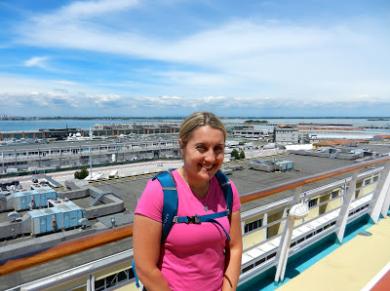 Looking out over the port, main land Italy far off in the background. 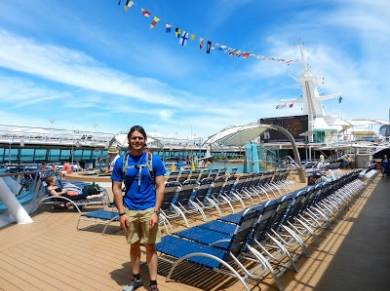 Standing on the pool deck. 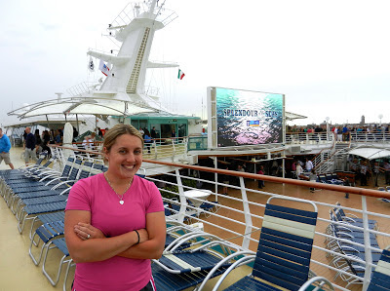 Amanda in front of the big screen on the pool deck. 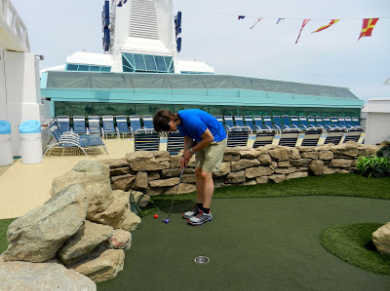 Mini golfing on the ship.

The rest of the time before the ship left, we just hung out and wondered around the ship. When the ship left, it travelled down the south side of Venice and we had great views of the city. It is amazing on how tall the boat is compared to the height of the city. The ship just towered over the city. 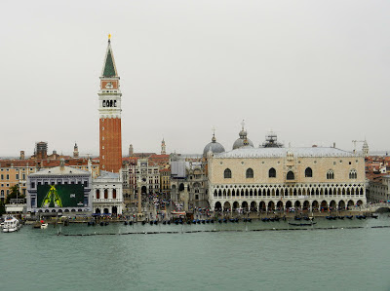 Picture looking out over the city of Venice.

We then proceeded to go down to our room and get ready for dinner. Dinner was an interesting experience. We had a couple from London, England on our left, and a couple from Germany on our right. Dinner took about 2 hours; after dinner we were talking with the German couple, for another 3 hours. We discussed many things on how things are in America, and we asked about Germany. It was a really interesting conversation.

Tomorrow, we will be heading to Dubrovnik, Croatia, where we will see the ancient city.

From somewhere in the Adriatic Sea,