Today our ship was docked in Katakolon, Greece, but our tour was in Olympia, Greece. Olympia is known for birthplace of the Olympic games. The games started around 3,000 years ago, and they were held every four years (just like today). The Games were held there for a little over 1,000 years, and then the games stopped due to Christianity. There was about 2,000 years where no games were held, until 1896 when the modern Olympic games began in Athens, Greece. This time around they wanted to make it a more international affair, so they decided to move the games around to different countries and places every four years, instead of always holding the games in Greece. The Olympic flame is still to this day always lit in Olympia, and then the flame is transported to where ever the games are to be played.

Our day started with a tour of the Olympia archeology museum. This is where they have placed the ancient artifacts from the ancient Olympia site. 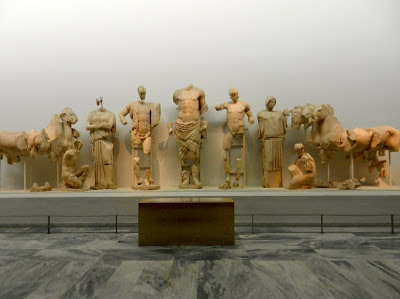 The original statues that were on top of the temples. 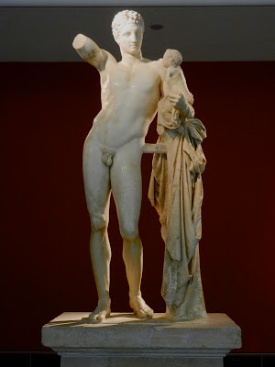 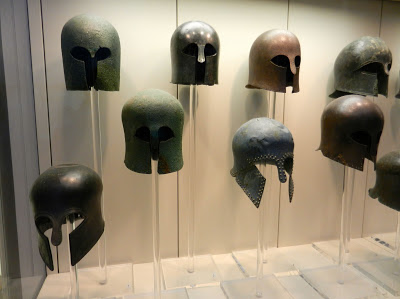 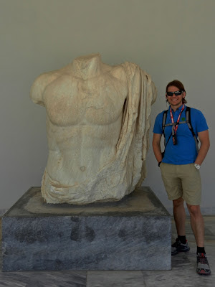 Portion of a statue outside of the museum.

After the tour of the museum, we proceeded to the archeology site where the ruins are visible today. We were able to see the place where they lit the Olympic flame, the old training locations, the old temples, and finally the old stadium. The original track was nothing like we are used to today. The original track was only a straight track that was exactly one stadium in length. This is where we get our word “stadium” for a place where sports are held. One stadium is exactly 192.37 meters or about 630 feet in length. They used to run one-way and then back and forth to see who was the fastest. The events used to be based on things people needed to be good at for war. So running, throwing, and jumping were the main events that were performed since all were needed in battle. 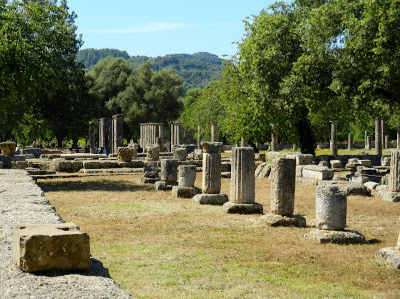 The site of the training location. 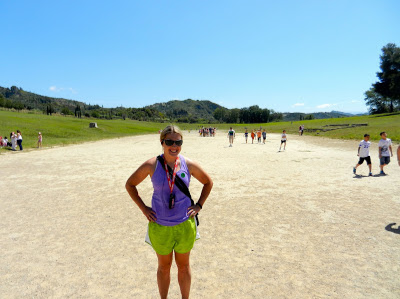 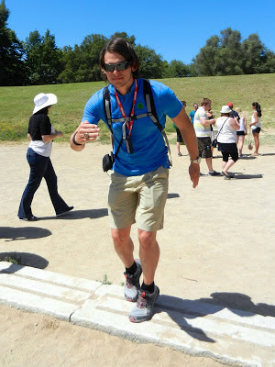 The original starting blocks, this is how they used to start. 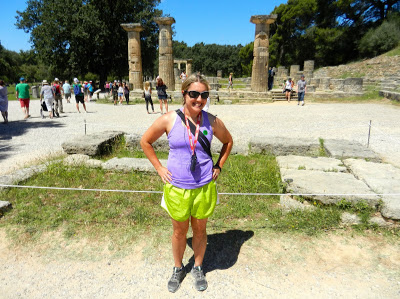 Where they light the Olympic flame before every Olympics. 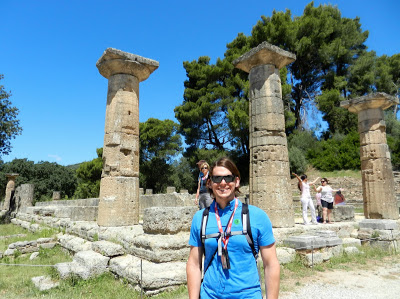 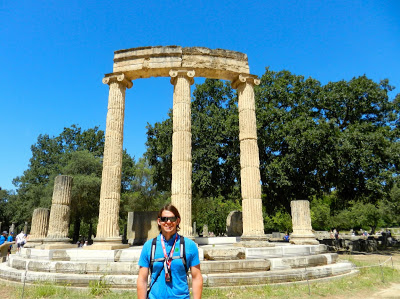 Finally we headed back to the port, where we grabbed some lunch and updated the blog with photos. After we got back on board the ship, we decided to take naps and headed to dinner. 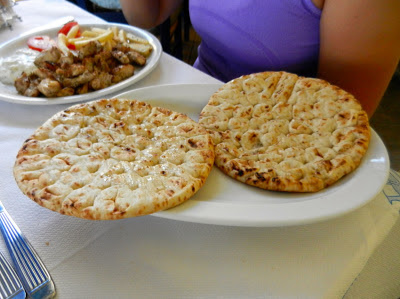 For lunch we had Gyros. 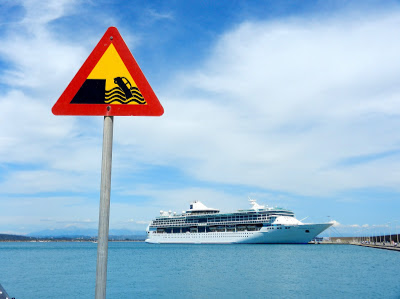 Comical sign with our boat in the background, do not drive off the pier. 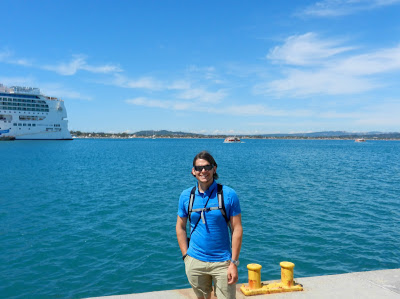 Standing on the pier looking out to the main land.

Tomorrow is a day at sea as we head back to Venice, Italy.

From somewhere in the Mediterranean Sea.