Today, we visited with Dan & Katie Hillier who are some of Zeb's old friends from University while he was living in Swansea.

We did all sorts of hiking today. We started off going out to the beach, by Worms Head, and had some lunch at the local cafe. We then walked down to the beach and walked along the water line. We ended up finding an island that was a couple hundred feet up. We decided to climb the island mountain and have some fun at the top. We started with Zeb doing back flips with Dan and Katie in the shot and then Zeb and Dan did some partner yoga. It was Dan's first yoga experience but we had fun! We enjoyed our day at the beach with our friends in beautiful Gower. 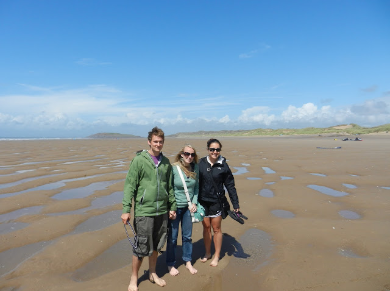 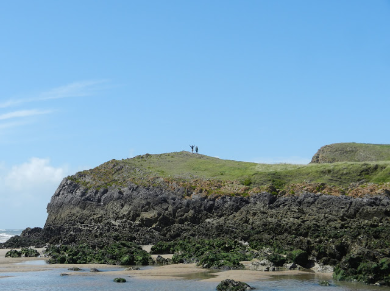 Zeb and Dan at the top. 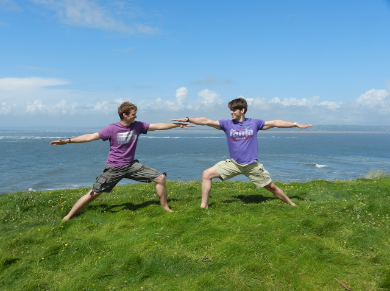 Later in the afternoon, we headed to another gorgeous area named The Three Cliffs. It got it’s name because there are three cliffs that line the ocean. First we got some ice cream next to the car park and then preceded to hike to the ocean. It was probably about 2 miles to the beach, but we took a break at some old castle ruins that sat high up on the top of the valley. Dan and Zeb climbed the ruins and the signs clearly said not to, but boys will be boys. We then continued after our little siesta down to the ocean line, next to the three cliffs. 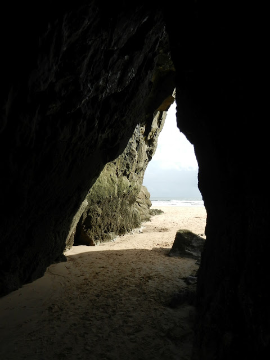 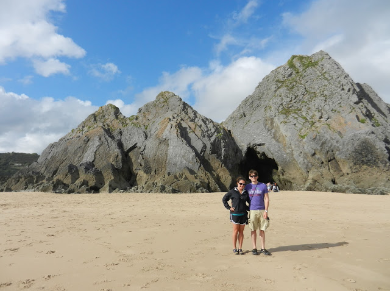 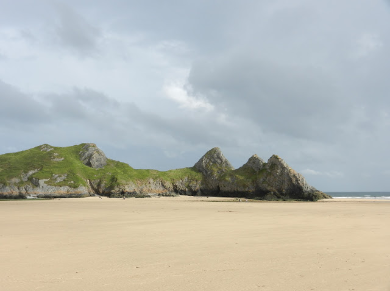 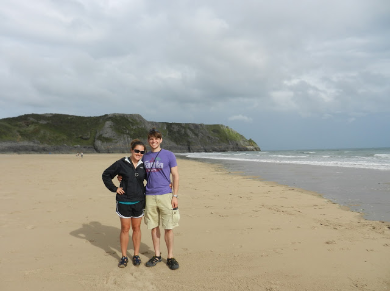 Today was wonderful, weather wise, but it did rain on us a little when we were walking back to the car, but what is the United Kingdom without a little rain? :)

Tomorrow, we are making our way to London! Let the Olympic portion of our trip begin!