First on the agenda for today was the Necropolis tour under St. Peter’s Basilica. The Vatican Necropolis or city of the dead lays two stories beneath the floor of St. Peter’s Basilica, and is the original ground level of Vatican Hill. Peter was crucified upside down and buried on Vatican Hill. Almost three hundred years later, Constantine, the first Christian emperor of Rome, declared that a great church be built on the site of the tomb of St. Peter which had evolved from a simple grave to a small shrine. This building project created a “Nesting Doll effect” in order to preserve Peter’s tomb from invaders. We couldn't take any pictures during this portion of the tour, so our photos start after this tour. Although we did pull some pictures from the Internet to show a little bit of what it looked like. They are the first 2 photos here. 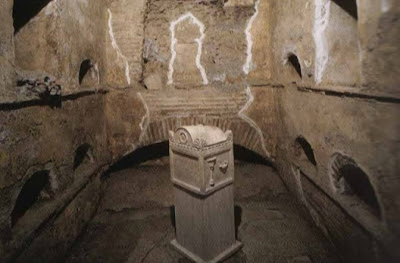 Typical grave, normally it housed many generations of families. 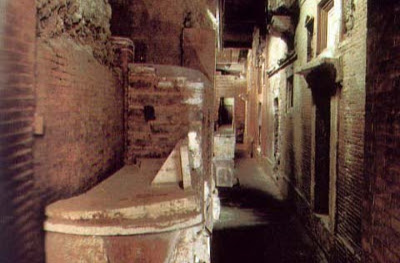 This was originally made to look like a street, it also used to be above ground!

Then in 1939, workers renovating the grottoes beneath St. Peter's, the traditional burial area of the popes, made a stunning find. Just below the floor level, they discovered an ancient Roman grave. It soon became clear that there wasn't just one grave, but an entire city of the dead. After many months of digging, the excavators came to a section of older graves, near the area underneath the high altar. Directly beneath the altar, they found a large burial site and a wall painted red. In a niche connected to that wall, they found the bones of a man. During the tour, they explained that the bones that we saw are "the bones believed to be St. Peter's". Due to time that has passed and decomposition it cannot be 100% verified that the bones belong to Peter. Through carbon dating the bones date back to the time of Peter, and the grave was found exactly where it was predicted to be, and Archaeologists found the early Christian Monogram used for the name of St. Peter over two dozen times, on and around the tomb of the Apostle… so… it is almost certain that Peter’s remains have been found underneath St. Peter’s Basilica.

Upon completion of the Necropolis tour, we walked up 630 stairs to the top of St. Peter’s Basilica for stunning views of the city. 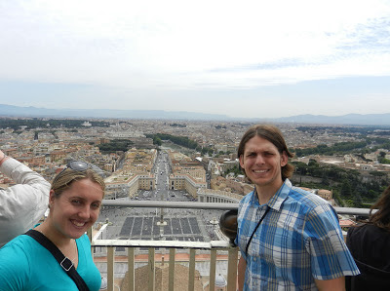 View from the top of St. Peter's 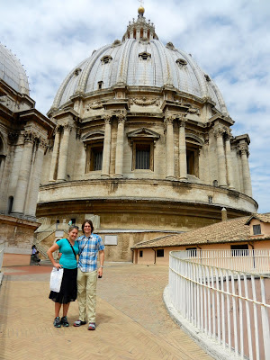 On top of the roof with the Dome behind us

After lunch, we had a Vatican Museum, Sistine Chapel, and St. Peter’s Basilica tour planned. 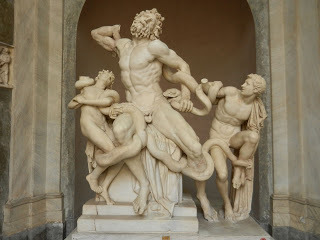 Famous Statue, but the name is escaping me. 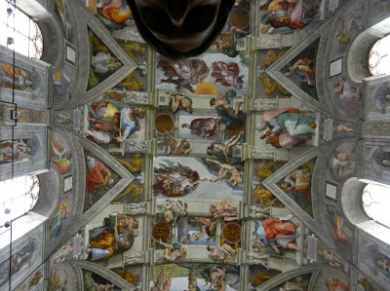 Portion of the ceiling in the Sistine Chapel 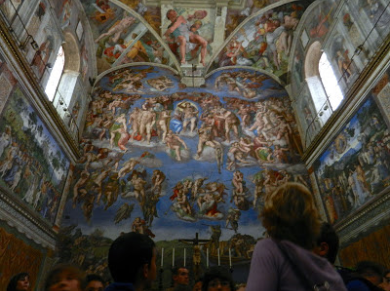 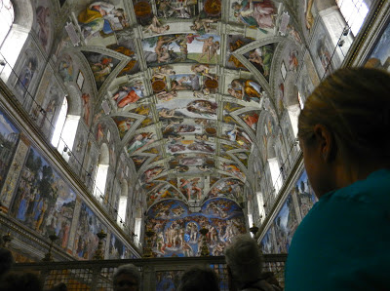 From the back of the Sistine Chapel 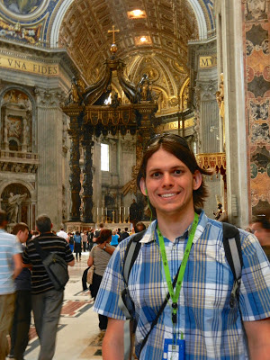 St. Peter's altar is behind me, he is buried 12 meters below. 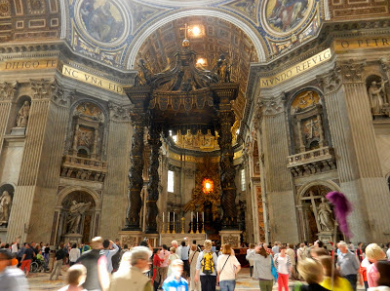 Another closer shot of the altar 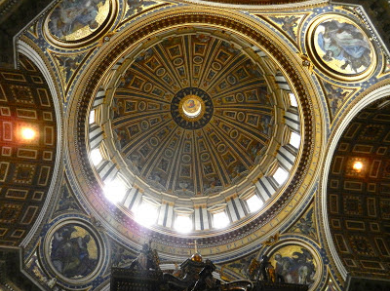 Inside of the dome at St. Peter's 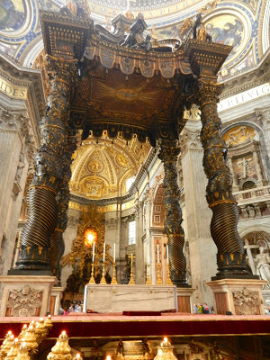 The altar of St. Peter's 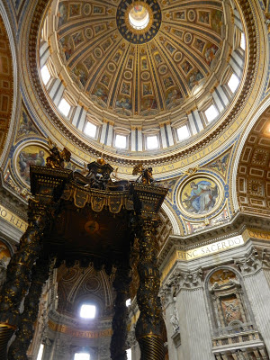 Shot of the altar and ceiling

Photo of us inside the biggest Catholic Church 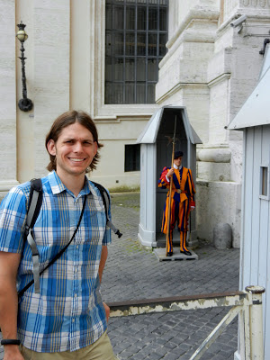 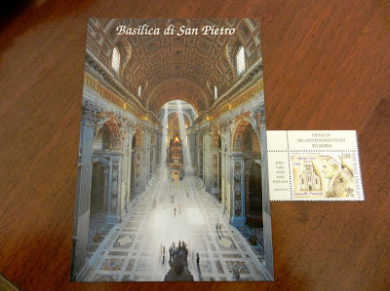 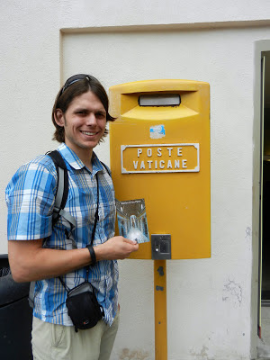 Upon the completion of the 3 hour Vatican tour we decided to “do as the Romans do” so we… rented a scooter! I’ll be honest and admit that I was not particularly thrilled with this choice immediately. After awhile I slowly came around to the idea. We spent a good part of the evening driving around, getting lost, and stumbling upon other historical places. 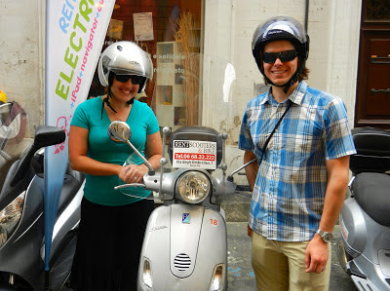 We rented a Vespa! 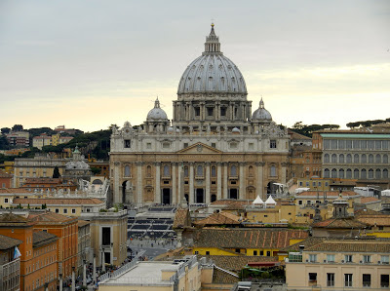 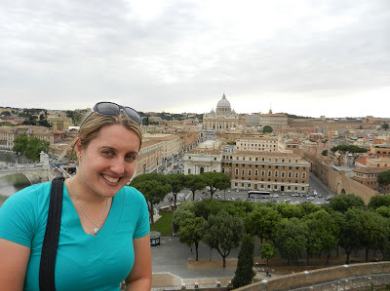 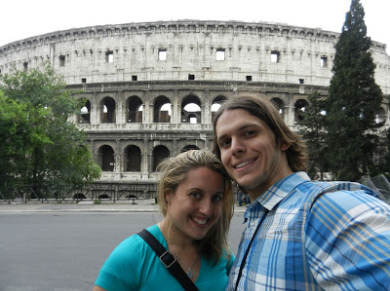 We took our Vespa around the city, we ran across the Colosseo! 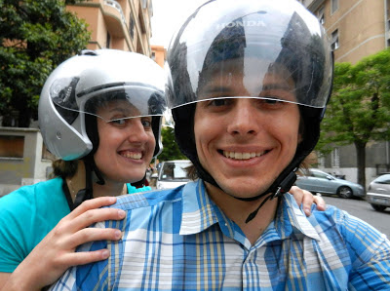 We made sure we had our helmets on, especially with crazy Rome traffic!

That is it from Day 3 in Rome Italy. Tomorrow we are visiting the Colosseo (Colosseum), and other ancient Roman sites. Stay tuned!