Today was our first day in Greece and we stopped at the Greek Island of Corfu. It was an early morning, as we had to get off the ship at 8 am, plus we changed time zones, so we lost an hour of sleep last night, so it was really 7 am, Italy time.

Our first stop was an active monastery where they house 11 monks who have sworn to the Oath of Silence. We did get to see one of the monks; he was dressed all in black and had a long beard. The monastery was on top of the hill right on the edge of a cliff and had amazing views. 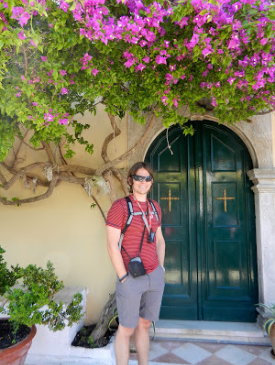 Standing outside the Monastery doors. 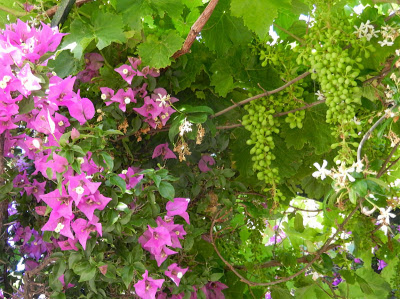 Flowers and grapes that were growing at the Monastery. 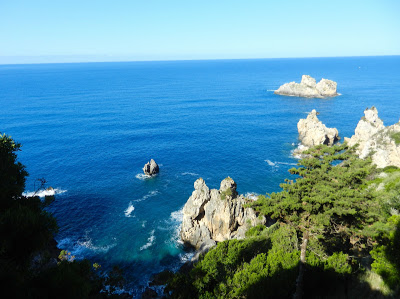 Views from the top of the Monastery.

After the monastery, we went to the Achillion Palace; this was a palace that was built in the late 1800s by the German Empress Elisabeth. There were a few famous Achilles statues on the property which was originally used as a war hospital in World War I. It was quite the sight to see, and had spectacular views of the sea since it was positioned at the top of the hill on the east side of the Island. 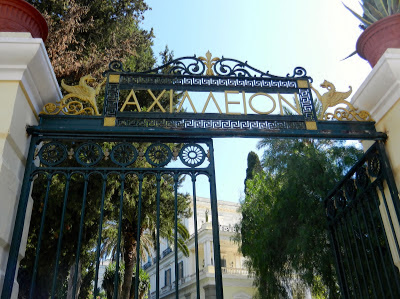 The entrance to the Achillion Palace. 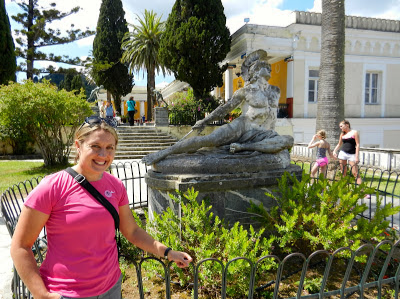 Amanda with the famous statue of Achilles, right at his death 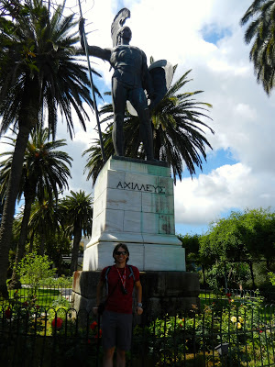 Zebadiah with another statue of Achilles. 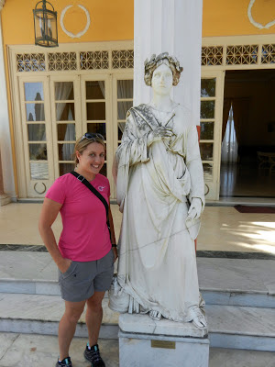 Amanda with a Greek statue. 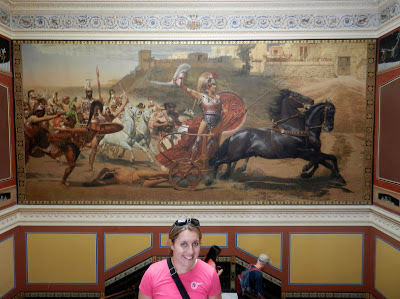 Giant painting at the top of the stairs. 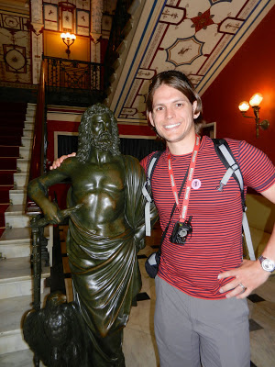 Zebadiah with a statue of Zeus. 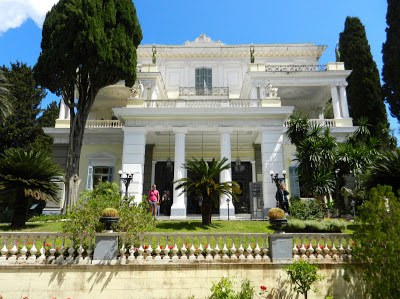 Front of the Achillion Palace, with Amanda. 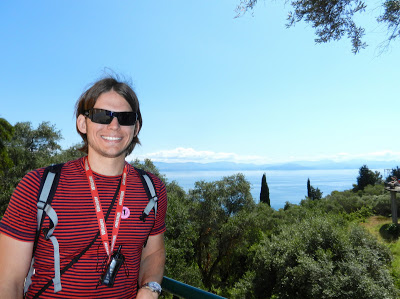 View of the Mediterranean Sea from the Palace.

Finally, we got dropped off in the main city center near the port. We had Greek Lasagna for lunch; it was basically normal lasagna except it had a round noodle instead of long flat noodles along with olives. We then went back to the ship, where we boarded and enjoyed the boat prior to departure. 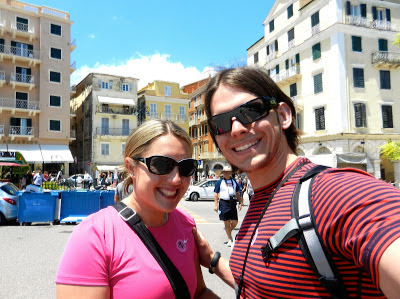 Standing in the middle of the old town. 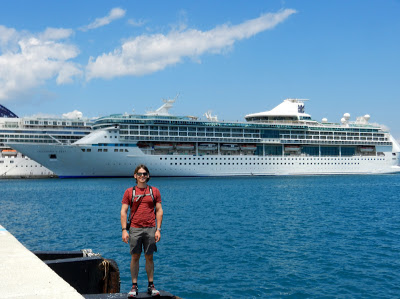 Zebadiah with the ship. 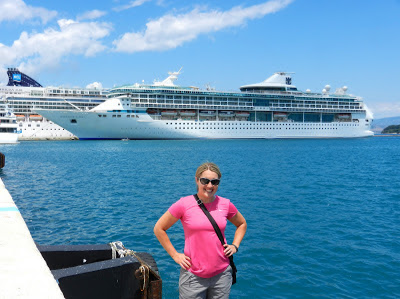 Amanda with the ship. 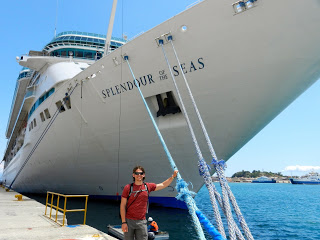 Zebadiah with the bow of the ship.

Tonight, we had a special dinner at the restaurant, Chop’s. We had wonderful filets and the desserts were amazing. Lastly, we then walked around the ship since it was formal night as we were all dressed up. 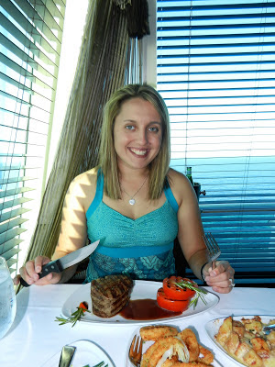 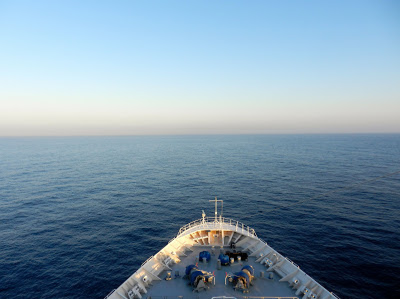 Looking out over the bow, as we head to Santorini.

Signing off from somewhere in the Mediterranean Sea.