Good morning from Tallinn, Estonia! We like to say that Tallinn has been the hidden gem of the trip, so far. From the beginning, Estonia has never really been on our radar so we didn’t have very high expectations going into the day. After many hours of walking the Old Town, we concluded that Tallinn reminded us of Dubrovnik, Croatia, and we loved it!

Tallinn can best be described as a city with both an old and historic town and a new and vibrant technology downtown. Tallinn is the capital and largest city of Estonia. It is situated on the northern coast of the country, on the shore of the Gulf of Finland, 50 miles south of Helsinki, east of Stockholm and west of Saint Petersburg. It was founded in 1248 but the earliest human settlements date back to 3000 years BC, making it one of the oldest capital cities of Northern Europe. Tallinn's Old Town is one of the best preserved and intact medieval cities in Europe and is listed as a UNESCO World Heritage Site.

For a vast majority of the day we spent time wandering (and sometimes getting lost) strolling down the cobblestone streets. We popped into random shops and art galleries and enjoyed doing some shopping in this quaint Baltic Sea town. 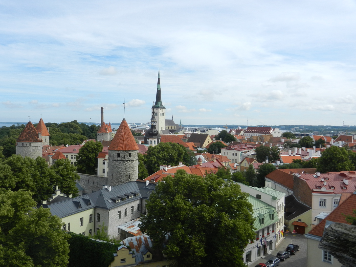 Viewpoint from the Upper Old Town 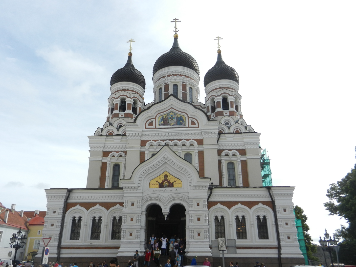 The only Russian Orthodox churches in town. 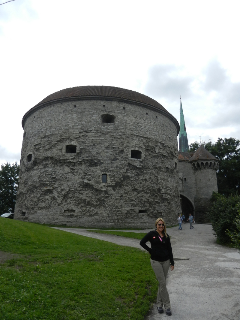 Medevial Tower of the Old Town.

Enjoying our time in the town square. 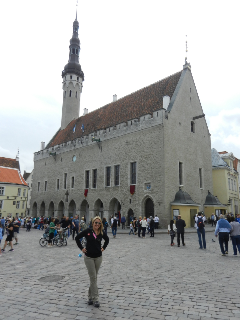 The town hall of the town square. 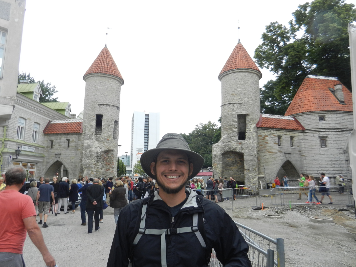 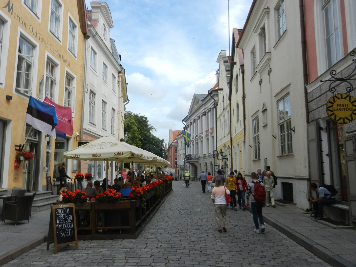 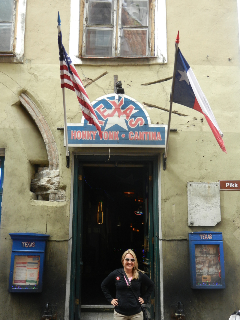 Lookie Lookie what I found in Estonia.