Today was an early morning in Athens, Greece. We left for the Acropolis around 7am and were in line about 15 minutes before they opened at 8 am. When we reached the top of the hill we were among the first to arrive. The views were amazing and the Parthenon was absolutely remarkable; the size of the stones, the size of the building, and the stones themselves were placed so perfectly. It was amazing as it was built around 500 BC. Being there so early allowed for a short window of time to snap photos without being photo-b0mbed by other tourists, very rare opportunity! 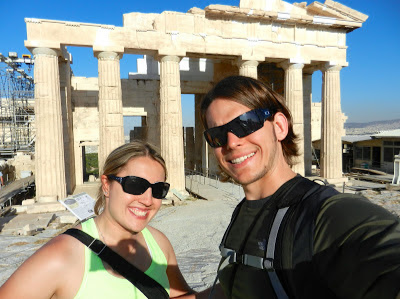 Entrance to the Acropolis. 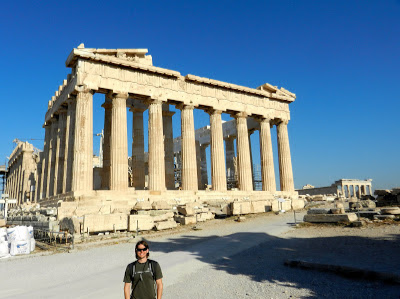 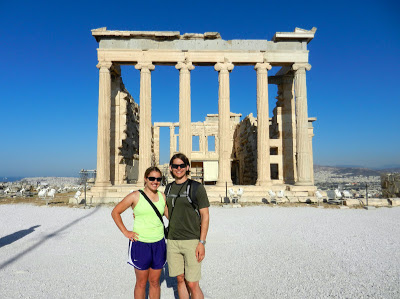 Side temple that was next to the Parthenon. 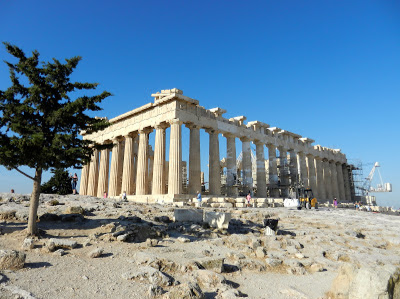 Another view of the Parthenon. 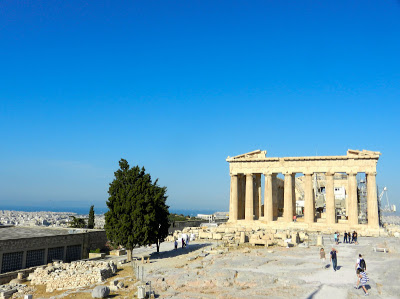 Parthenon with the view of the city. 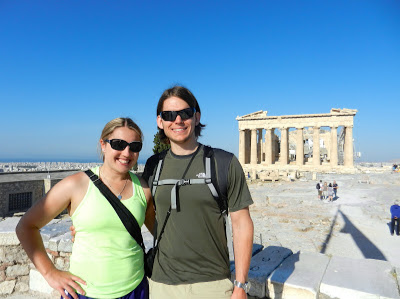 Us with the Parthenon. 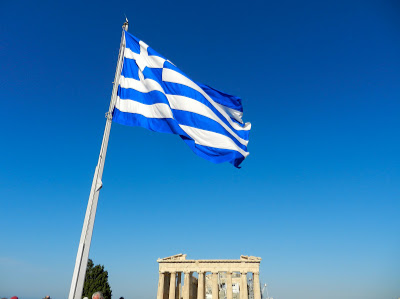 Flag of Greece with the Parthenon. 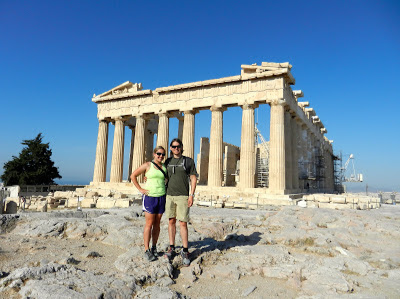 Standing in front of the Parthenon. 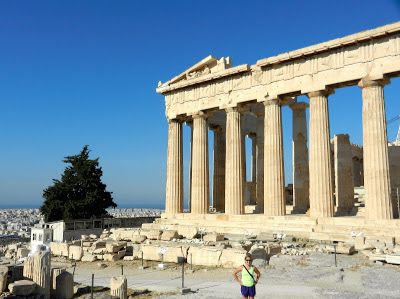 Amanda with the Parthenon and the great view 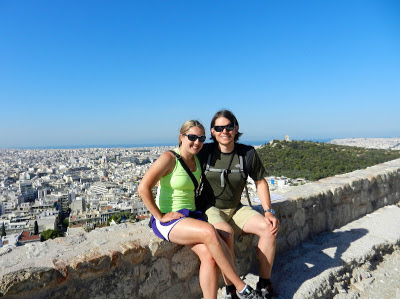 The view of the city from the top of the Acropolis.

Looking out over the city. 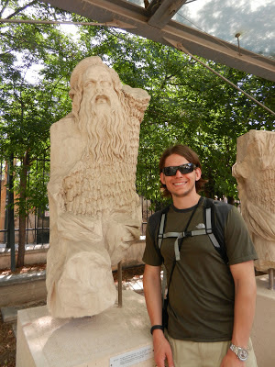 Statue around the Acropolis.

After the Acropolis, we walked through the Acropolis Museum; they had a nice video about the history of the Parthenon, and had original marble statues on exhibit. We then proceeded to the Temple of Zeus, where only pillars remain; even one of the pillars is still laying there where it would have fallen. Following the Temple of Zeus, we wandered over to an original stadium that was used for the Olympics, and other events that the Greeks held. The marathon race was the most important race of the events, and the stadium held around 68,000 people! 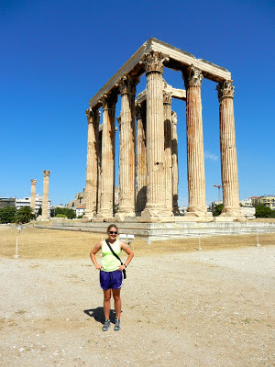 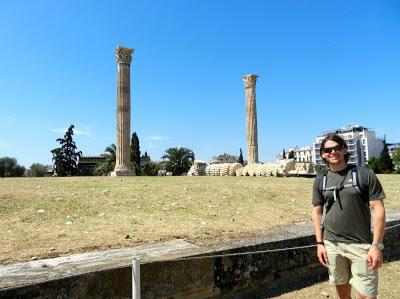 Temple of Zeus, with the fallen pillar. 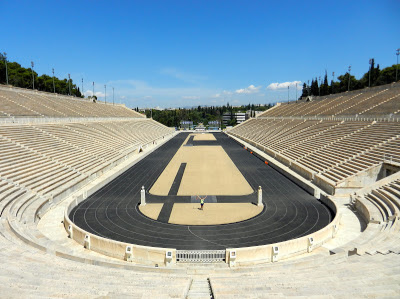 Stadium where they have held the Olympics. 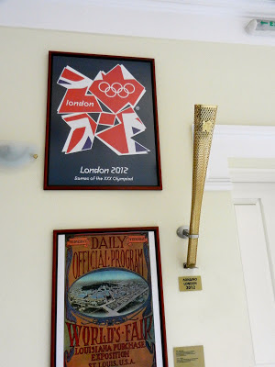 Look familiar? We found a room where they had all the past Olympic torches. 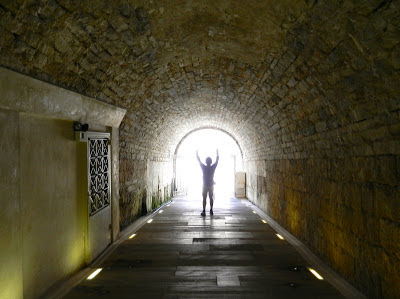 Getting ready to head out to compete in the Games. 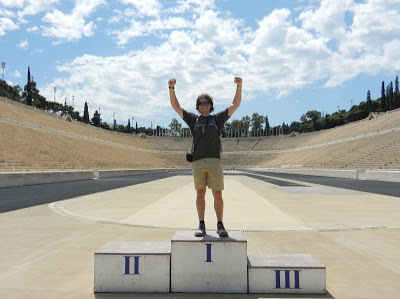 Finally, we walked through the National Garden, by the Greek Parliament, and through Plaka (the shopping district). We then broke for lunch, and met with a prospective PipeBurst Pro distributor, and went back to the ship. 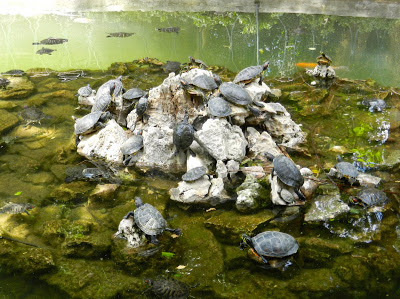 Turtle Island at the National Garden. 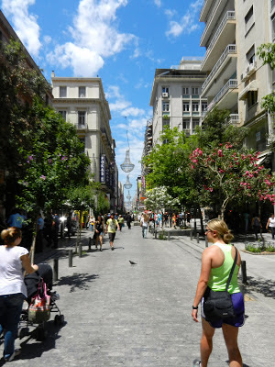 Walking through the Plaka shopping district.

Upon returning to the boat, it was time for relaxing by the pool. Dinner was again at 7 pm, and we then went to a show at 9:15 pm.

Tomorrow, we are heading to the site where the first Olympic games were held, in Olympia, Greece!

From somewhere in the Aegean Sea,